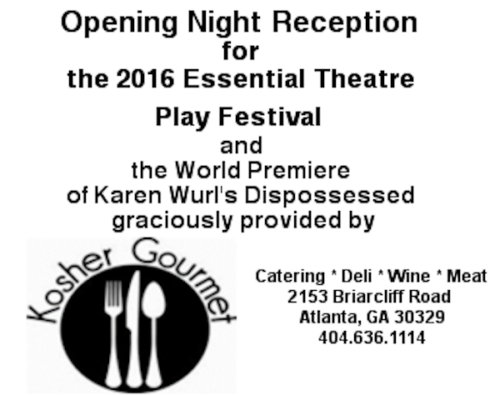 ABOUT OUR RECEPTION SPONSOR, KOSHER GOURMET:

Snuggled between Broadway Café and Tuesday Morning in the Briarvista Shopping Center you’ll find more than just a mom and pop shop. The Kosher Gourmet, run by Mr. Steve Gilmer, is a door between the old Jewish world and the new. Through the years, The Kosher Gourmet has had different locations and names, but the approach in serving the Atlanta community has been persistent since 1983: Steve strives to provide his customers with the highest quality products, but his real secret to success is making everyone feel at home.

Steve Gilmer strives to provide his customers with the highest quality products, but his real secret to success is making everyone feel at home. You are just as likely to find Mr. Gilmer behind the deli counter slicing meat and exchanging stories in Yiddish as you are to find him sitting behind his desk taking an order over the phone.

The store prides itself in its fresh meat, cut to order by in store butchers and deli assistants, as well as its delectable gourmet food prepared by in house chef Sasha Wright. Whether you need a light snack, dinner for Shabbos, catering for a large event, or just want to stop by for some conversations with old friends, The Kosher Gourmet is your one stop shop for all your kosher needs.

A man of tradition, Mr. Gilmer strongly believes in the conservation of Jewish culture. He, and his parents before him, spoke Yiddish at home. Unfortunately, the language is no longer as prominent as it once was, and Mr. Gilmer hopes that plays like DISPOSSESSED will move the younger generation to restore the language to its former glory.

Life imitates art, sort of, as a young woman who’s starring in a play about an ill-fated arranged marriage is pressured by her own parents to tie the knot with her leading man, who’s playing the groom. This new romantic comedy by Atlanta playwright Karen Wuhl is set around a Yiddish theater company in 1928 New York rehearsing The Dybbuk, the classic story of a bride possessed by the ghostly spirit of her one true love on her wedding day. Coming to the stage at the West End Performing Arts Center, this Essential Theatre production cleverly weaves in its own bit of fantasy as the actress finds her spirited character coming to life as well.