An epic story that moves from America to Africa and back again, imagining the ghosts of war, political corruption and personal betrayal that might lie behind the recent anti-Gay legislation in the nation of Uganda, passed into law in February of this year and overturned on July 31! One of the co-winners of the 2014 Essential Theatre Playwriting Award. 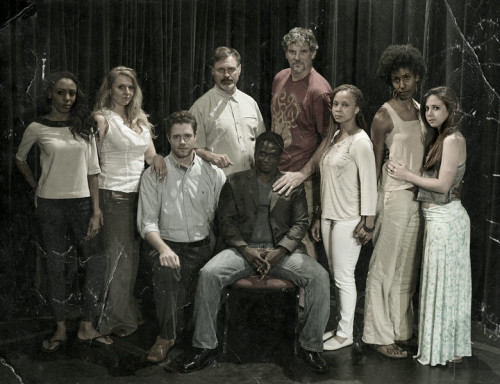 Theroun Patterson won the 2011 Essential Award for his family drama A Thousand Circlets, which was a big hit in that year’s Essential Festival. In 2013 it went on to a successful production at the Detroit Repertory Theatre. That Uganda Play has been workshopped by Working Title Playwrights as well as appearing in last summer’s Bare Essentials Play Reading Series, and we are proud to be producing the World Premiere production in our Festival this summer! Click here to read Bang!Arts’ recent interview with Theroun. Amber Bradshaw is a dramaturg/director who has collaborated with playwrights for the Essential Theatre’s Bare Essentials Play Reading Series for several years, and acted as coordinator of the readings last year. Amber has been working with Theroun on the development of That Uganda Play for more than a year and is very proud to be a part of the journey of such an incredible and relevant play.

That Uganda Play performs on the following dates: