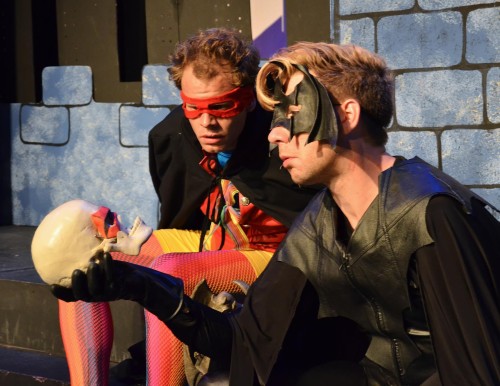 What if Shakespeare had conceived the melancholy Dane as a costumed crime fighter? The world of comic books and the Bard of Avon come together in this hilarious mash-up, a tale of murder and revenge,  poetry and BAM! SOCK! POW!

Here’s the latest on Bat-Hamlet’s life after our 2012 World Premiere.