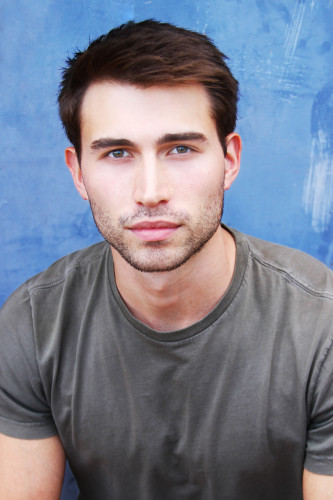 Co-winner of the 2016 Essential Theatre Playwriting Award, Derek Dixon originally hails from Raleigh, North Carolina. He studied at Marymount Manhattan College and acting at the The Terry Schreiber Studio in New York. He’s performed in plays including The Lion in Winter, Romeo and Juliet, and The Boys In The Band and has written several full length plays in the last five years, including Homewrecker, Red Snow, Pictures of People, Work of Art, and Green Light. In 2015 he joined Working Title Playwrights, with whom he workshopped the play we’ll be seeing this summer.

Tell us a little bit about the play we’ll be seeing this summer.
When Things Are Lost is a play about a man who has just gone through an experience that leaves him very much in shock. The play starts with him trying to get back his bearings and figure out where he is and what he is there for. As time progresses, we see him start to unravel his memory and recall the event that started him on this soul seeking journey in the first place. This is a play about friendship and forgiveness and about remembering that there’s always so much more to a person than you know, even if they’re your best friend.

Where did you get the idea for this play? What made you want to write it?
I started out wanting to write about the feeling of being lost. Not so much lost in the physical sense, but lost in the mental sense that we find ourselves in at times, thinking “I don’t know where to go from here.” There was a point in my life where I felt very much like the main character Andrew, where I was just bouncing from place to place and not really sticking to anything.
This play is also about a very great friend of mine and the stories that he shared with me, and the intersection of both of these people meeting at this point in their lives. It didn’t start out based on his life but ended up being fully about him by the end of it.

How did you get into playwriting?
I’ve always been into theatre. I started as an actor. As an actor, you naturally find yourself reading a lot of plays – at the very least, the ones you get cast in.  As I was reading all these plays I realized that I was becoming fascinated by the writing aspect of it all. The plays that I was drawn to the most were the ones that were really hard to read because they dealt with these situations that were so real. So I thought, “maybe I have a story to tell,” and I began writing. I just opened Microsoft Word and started typing in the playwriting format and after a while I thought, “I like this….and I can totally do this wearing sweatpants.”

Are you working on any new projects at the moment? What’s next for you?
I am working on a couple of new plays right now. I’m still in the drafting process with both. The others that I have written are still percolating and I’m still deciding what next to do with them.

What made you decide to submit your play to the Essential Theatre Playwriting Competition?
When I read the statement about what The Essential Theatre was looking for, I felt that I had a chance. I am an unknown writer, and a competition like this gives unknowns like me something that is hard to get, a chance. A lot of theatres require an agent submission and a lot of middle-manning to get through, but The Essential Theatre just said, “Send your script in and we’ll read it.” I thought that was so great. So I did.

Are there any thoughts you’d like to share about having your play produced for the first time?
When I started writing this play, I never thought it would leave the hard drive of my computer — much less be seen by human beings. So the fact that Essential is doing a full production of it is mind boggling to me to say the least, and I am very grateful to Peter Hardy, Amber Bradshaw and the whole team.

How did you find out about Essential and the playwriting contest?
I was honestly just browsing on the internet and came across the website and scrolled down and saw the post about the contest. It was that easy. And thankfully so.

Where else can we see your work, either recently, currently or in the coming year(s)?
I’m planning on doing another reading at Working Title Playwrights in the near future.

When Things Are Lost, by Derek Dixon, will premiere in the 2016 Essential Theatre Play Festival this summer. The festival runs July 29-August 28 at the West End Performing Arts Center, 945 Ralph David Abernathy Blvd in Atlanta. When Things Are Lost opens August 5. Festival passes go on sale February 29 at the Essential Theatre Festival Announcement Event – mark your calendars and get your tickets today!