We enjoyed reading this post from 2010 Essential Theatre Playwriting Award Winner Gabriel Jason Dean today and thought you might too: 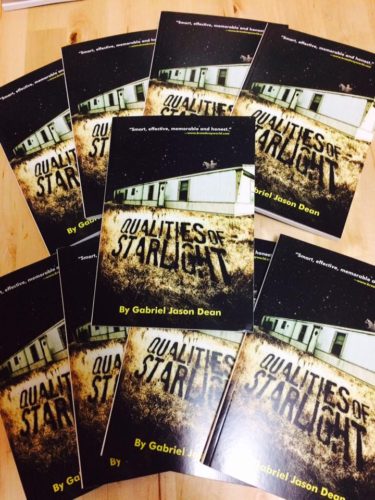 This play is intensely personal and took a long time to write (they all do). The script grew through production. In 2010, Instead of developing the play through a reading, Peter Hardy and the Essential Theatre took my first draft and showed me the play I had written (warts and all). I can’t thank them enough for that gift. The premiere featured my dear friend who we all miss terribly, Daniel Burnley. That illuminating production led to a rewrite which led to the next iteration in DC in 2012 at The Source under the direction of Sasha Bratt. I learned more and after more rewrites, I arrived at the published script, produced by Bonnie Cullum and Rudy Ramirez and The VORTEX in Austin in 2013 (to much acclaim).

I wish that all plays could come into the world this way–being wholeheartedly embraced and supported at each step and given the privilege of being fully realized in front of an audience. I never would have arrived at this play otherwise.

Essential Theatre’s mission is to nurture and produce new works by Georgia playwrights and to enrich our audience’s experience by actively engaging them in the process. Since the first Essential Play Festival in 1999, we’ve premiered 31 new works by Georgia authors, all receiving productions of the highest artistic quality through Essential and many going on to receive future productions elsewhere in Atlanta and across the country. Our vision is a thriving, dynamic American theatre community in which Georgia playwrights are a recognized and celebrated part.
© 2020 | Contact | Privacy Policy | Website by Dabbled Studios Web Design | Website Info | Log in