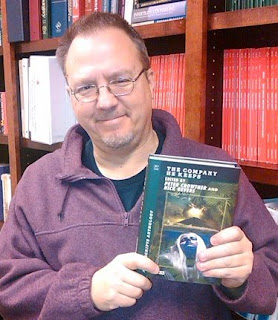 Essential Theatre Artistic Director Peter Hardy has had his first short story published, in the British fantasy anthology POSTSCRIPTS: THE COMPANY HE KEEPS. Hardy has sold two additional stories, and is the prize-winning author of over twenty produced plays, including SALLY AND GLEN AT THE PALACE, presented as part of the 2010 Essential Theatre Play Festival, and for which he was named the Critic’s Pick for Best Atlanta Playwright by Creative Loafing. SALLY AND GLEN was listed as one of the best theatre productions of the year by Atlanta Theatre Buzz and the Sunday Paper.