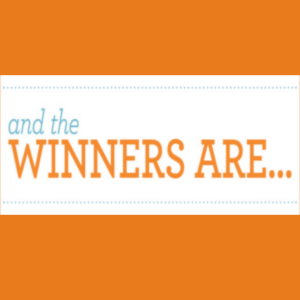 And the winners are…

Both plays will receive full productions in the 2016 Essential Theatre Festival and a cash prize. Now in its sixteenth year, the Essential Theatre Playwriting Competition is the only contest exclusively dedicated to the work of Georgia playwrights.

Karen Wurl is a playwright, dramaturg, director, teacher and semi-retired slam poet whose work has been seen multiple times on Essential’s stage over the years. She’s spent half her life in Chicago, half in Atlanta, and the extra bits in Michigan, Wiconsin and Texas. Hardy, who will be directing Wurl’s world-premiere production this summer, has a long history with Karen’s work, dating back to 1990 when he directed a play of hers that was the very first production to be done in Theatre in the Square’s Alley Stage, Kim’s Theory.

By contrast, Derek Dixon is relatively new on the Georgia playwrights’ scene, having begun writing plays about five years ago, and this will be the first play of his to ever be produced. He joined Working Title Playwrights, of which Wurl has also been a member in the past, in 2015 and submitted When Things Are Lost to the Essential Theatre Playwriting Competition after it was workshopped with Working Title. “When I started writing this play, I never thought it would leave the hard drive of my computer, much less be seen by human beings,” says Dixon, “so the fact that Essential is doing a full production of it is mind boggling to me to say the least, and I am very grateful to Peter Hardy, Amber Bradshaw [managing artistic director of Working Title and director of Dixon’s premiere this summer] and the whole team.”

Join Essential Theatre on February 29 to meet this year’s award winners and get your festival passes at the Festival Announcement Event at Red Brick Brewery. Tickets are available at bit.ly/EssentialTheaterFeb29tix. Click here for more information on the Playwriting Contest or to submit your own play.

Dispossessed by Karen Wurl, premiering July 29, 2016
Directed by Peter Hardy
A romantic comic fantasy about a Yiddish theater company in the 1920s.  A young actress trying to decide between two suitors and her dreams of a career finds herself confronted with the living embodiment of the character she is portraying – a bride possessed by the spirit of a dead lover.  Girl talk ensues. Written by Karen Wurl, winner of the 2005 Essential Theatre Playwriting Award for MISS MACBETH.

When Things Are Lost by Derek Dixon, premiering August 5, 2016
Directed by Amber Bradshaw
If someone you loved went missing, how far would you go to find them? A man goes on a dream quest to figure out what happened to his best friend, who seems to have disappeared.  Derek Dixon’s WHEN THINGS ARE LOST is a funny and moving play about friendship, loss, understanding and forgiveness.

Bare Essential Play Reading Series
Curated by Founding Artistic Director Peter Hardy
A national award-winning playwright himself who’s had over 30 productions of his work done around the country and was named Creative Loafing’s Critic’s Pick for Best Local Playwright in 2010, Essential’s Founding Artistic Director Peter Hardy curates the Bare Essential Play Reading Series. Selected from Playwriting Competition entries, all readings in the Bare Essential series are free and open to the public.

Now in its sixteenth year, this is the only contest exclusively dedicated to the work of Georgia playwrights. The winning play receives both a full production and a $600 cash prize. Playwrights must be current Georgia residents, and the plays must be previously unproduced. There are no restrictions as to style, length or subject matter. The deadline for the 2017 Essential Theatre Playwriting Award competition is April 23, 2016. For more information or to submit your play, visit EssentialTheatre.com/Playwriting-Competition.