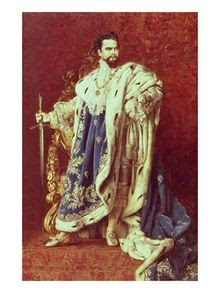 A few years ago, I directed the Essential Theatre’s production of Paul Rudnick’s THE MOST FABULOUS STORY EVER TOLD, which took a look at stories and themes from the Bible, seen through a gay perspective (starting in the Garden of Eden, with Adam and Steve). It’s still one of my favorites shows that we’ve ever done, and not just because it was funny as hell (line for line, I think Rudnick may be the funniest playwright working today). What I found most captivating about the script was the scope of its theatrical imagination and the depth and breadth of its exploration of spiritual issues. Expecting to read a campy joke-fest, I found that I had discovered a playwright capable of creating the kind of magic only live theatre can provide.

I felt the same way when I read Rudnick’s VALHALLA, which was just opening in New York when our production of MOST FABULOUS was playing. I didn’t get around to reading it for some time, because I have to admit that a comic historical fantasy about an opera-obsessed European monarch of the 19th Century didn’t sound like something I could, uh, relate to. It turns out that Rudnick’s play isn’t just about Ludwig, the Mad King of Bavaria (he was a real guy – look him up). It’s also about two gay teenagers trying to grow up and find themselves in a small Texas town in the 1930’s and 40’s; it’s about Princess Sophie, “the loneliest humpback in Europe;”it’s about World War Two movies and song-and-dance numbers and fairy-tale castles and, yes, about opera.
But mostly – I think – it’s about being willing to go mad to create something of beauty. Which is something that just about anyone who works in the world of non-profit theatre (and just about any art form) can relate to. I think VALHALLA is an incredibly funny play, but it also makes me cry, and that’s what made we want to direct it. That’s the kind of experience I’m hoping we can give to the people who come to see it.
If you’d like to find out more about King Ludwig, go to http://en.wikipedia.org/wiki/Ludwig_II_of_Bavaria.