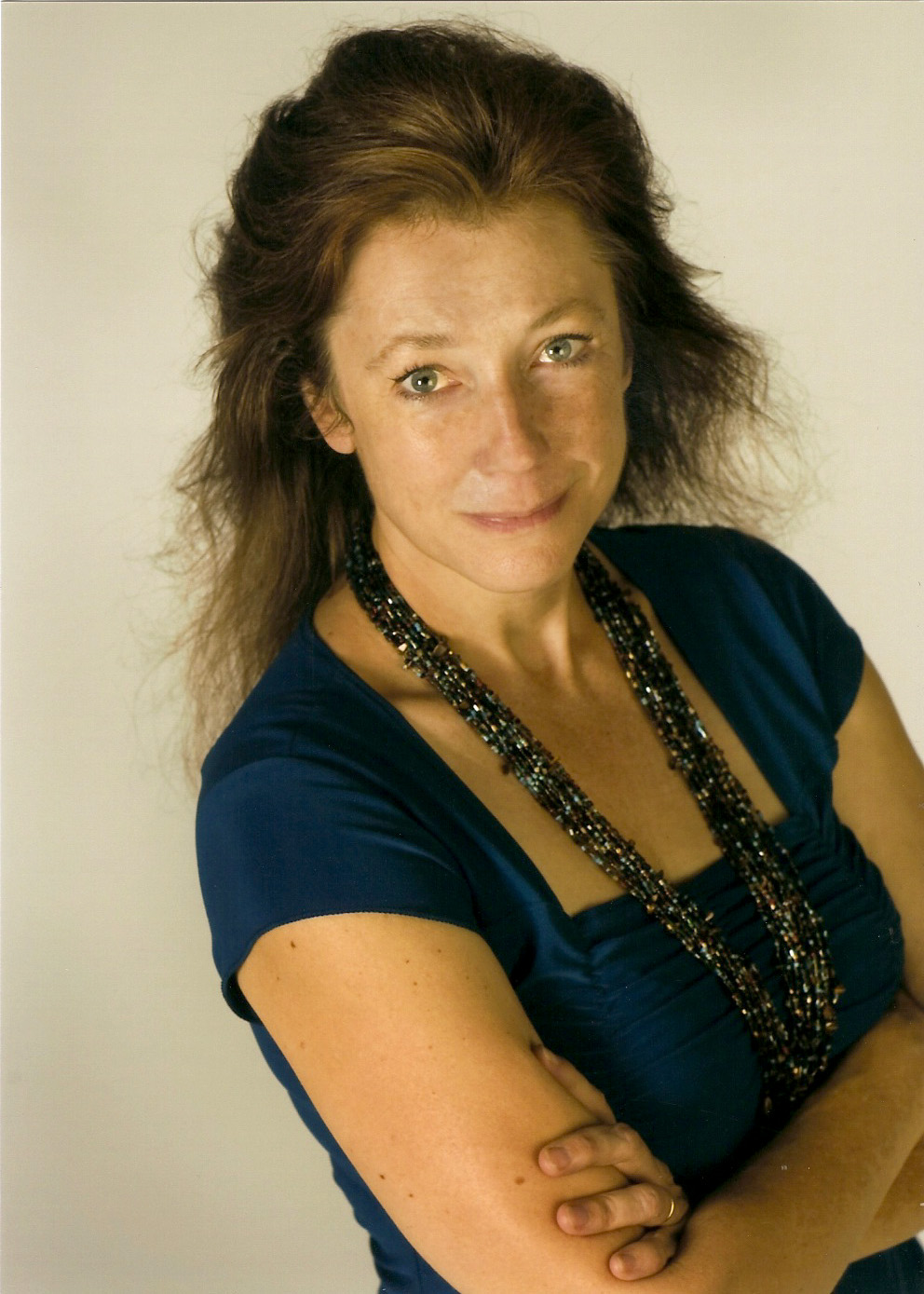 Meet Frankie Hardin, resident of Newnan, GA and author of the next Bare Essentials play, Perfect Faith. A fascinating look at the political and religious struggles surrounding Hypatia of Alexandria, a woman who became one of the most famous teachers and philosophers of the 5th Century A. D.

What was the inspiration for this play?

I stumbled upon the Hypatia story while doing some research and was very intrigued by it. I consider myself to be a feminist writer – that is, much of my work is inspired by and in support of stories of strong women, brave women, smart women – I just naturally gravitate to the woman’s side of most any story. Particularly those stories of women that have been lost to time.
When I first began to work on Perfect Faith, I’d written over two dozen plays but with the exception of a couple of short pieces, they were all works for young audiences. I had already decided that it was time to work on a full length adult play, and Hypatia’s story, with its themes of faith versus reason, the place of women in society, and the rise of the Christian church coincident with the decline of civilization, intrigued me; I thought, here it is, here’s the play I want to write.
I did about a year of research and readings before starting to write in the summer of 2004; the play was completed in the fall of 2006 (I was teaching college at the time, and also running a small black box theatre, so the writing had to fit around other projects). We did a public reading of the play with student actors in October of 2006, but then it went on the shelf as life moved on. I wrote other plays. In 2010, we left Virginia, moved back to Georgia – where both my husband and I came from – and at that time, I started acting like a real writer, and started sending my plays out into the world.
In 2012, Perfect Faith was a semi-finalist for the Stanley Drama Award. It hasn’t been produced, and so yes, I’m very excited about the upcoming reading.

Are you working on any new projects at the moment?
I am always working on other projects. I’ve made my life in theatre: as actor, director, producer, professor – but since 1995 I’ve been writing for the theatre as well, and now, since the move back to Georgia, when asked what it is I do, I say I’m a writer. I work at getting my work out there, and I’m always working on a new project.
I love the work. It’s hard and frustrating and glorious and sometimes it just flows, and sometimes it’s banging your head on the desk and hoping that a word or two will leak out.
The last play I wrote was The (former) Prostitutes Potluck Supper. It’s out there and getting some notice. The last thing I finished was a book, which I’m now working at selling. The current project, the next play, is an adaptation of the book Thunder Dog which is the story of Michael Hingson and his dog Roselle. Michael is blind and was in the North Tower, WTC on September 11, 2001. My play will be about his life with his guide dogs, and how he and Roselle made it out that day.

Where else can we find your work?
Good question! Well, I have a children’s play that has been running in New York, but it’s just closed. The play is East of the Sun, West of the Moon, and it was tapped by Looking Glass Theatre in 2012. They’ve actually mounted the play three times, over the last three years; it’s been an audience favorite, and it’s one of my favorites as well. My work’s been done at Edinburgh Fringe Festival (Willow Song); for thousands of school children all over Hampton Roads, VA (The Trashanator); other works have been seen at Old Dominion University, Generic Theatre, the 40th Street Stage. My play The Greater Love, which is the story of the women in Frederick Douglass’s life, was selected by the Utah Shakespeare Festival in 2012, featured in their New American Playwrights program. The aforementioned Potluck Supper was just read at Dezart Performs.

Perfect Faith will be read at the Academy Theatre in Hapeville (599 North Central Ave) next Monday,  July 14, at 7:30pm.