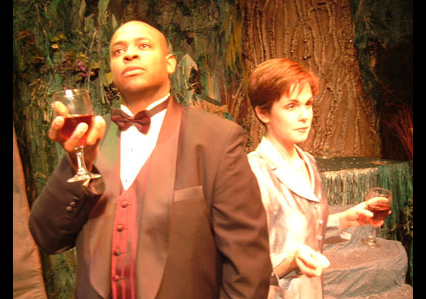 Larry Larson & Eddie Levi Lee wrote CHARM SCHOOL, the 2006 Playwriting Award Winner. CHARM SCHOOL won the Suzi’s Gene-Gabriel Moore Playwriting Award in 2007 and was later produced by Horizon Theatre as well.
Why is producing new plays by Georgia playwrights important?
“Performing before an audience can teach you things about a play. After watching the first few performances, the authors and director decided to cut an entire scene from the play, for the rest of the run.”

We’re proud to have supported Larry and Eddie’s work. Won’t you support ours? 37 days to go: https://power2give.org/go/p/8445