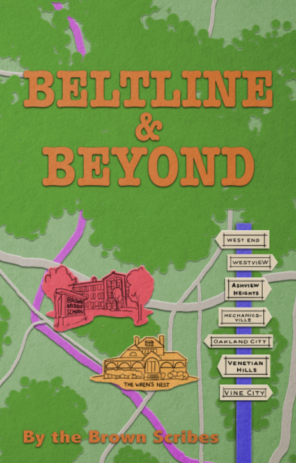 Art on the BeltLine auditions THIS SATURDAY!

The Essential Theatre will be holding auditions this weekend for our FIRST EVER Art on the Atlanta BeltLine production, BeltLine and Beyond, happening September 23 at Gordon White Park in West End.

Read more about the Production

Auditions are on Saturday, August 26 from 1-5pm at the West End Performing Arts Center, located at 945 Ralph David Abernathy Blvd in West End, and callbacks will take place the following week.

The performance is at 4pm on Saturday, September 23 at Gordon White Park in West End. Rehearsals will begin after Labor Day weekend. Headshot and resume requested but not required. Hard copy or email OK. Be prepared with one monologue not more than two minutes in length and one skill to demonstrate.

African American actors and Westside communities members particularly sought after. We hope to cast age-appropriate actors for the teenage roles, but will consider older performers.
Stipends offered for all roles.