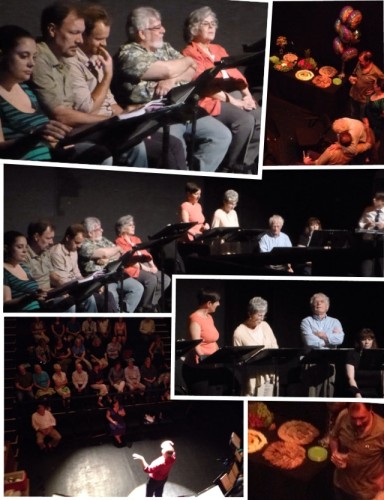 All readings in the Bare Essentials series are free and open to the public. Be sure to stay after for exciting conversation with the director, cast and playwright

Curated by Founding Artistic Director Peter Hardy.
Peter is a national award-winning playwright himself, who’s had over 30 productions of his work done around the country, and was named Creative Loafing’s Critic’s Pick for Best Local Playwright in 2010.

Tuesday, August 14, 7:30pm
A POSTERIORI by Courtney Earl
Directed by Kati Grace Brown
A group of college students begin to suspect one of their professors may be a sexual predator.
Language and Content Advisory.
Interview with the Playwright

Wednesday, August 22, 7:30pm
BABY SHOWER FOR THE ANTI-CHRIST by Ben Thorpe
Directed by Natalie Fox
What do you do when you’re trying to have a celebration for the birth of the Dark Lord, and someone invites the wrong person? Interview with the Playwright